Such an Important Part of Our Lives

This blog post is by Mary Cook from Charlotte, NC, and is part of our Making a Difference series.

I can’t imagine life without Baby Signing Time, and now Signing Time, for my daughter, Alaina, who is nineteen months. It is such an important part of our lives together and I can’t think of a single facet of her life that does not involve signing. Before Alaina was born I didn’t know any sign language with the exception of a few letters I learned as a child. I thought it was fascinating to watch babies sign and knew this was something I wanted to do with my daughter. I learned “milk” and a few other signs from mothers that were signing with their babies. I started using these signs with Alaina at around eight months old. To my surprise, she started signing back the next day! From then on, if she wanted milk, she signed it! 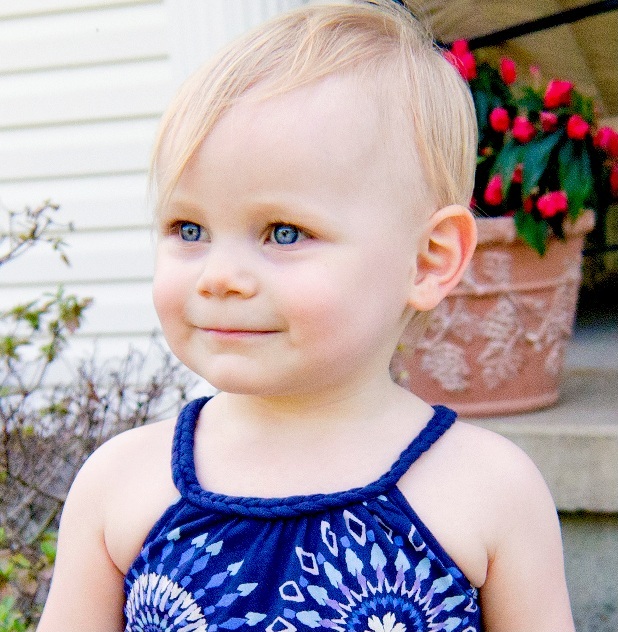 I was so encouraged by how quickly she picked up on signing and I knew we needed to learn more, but didn’t have a great resource for it. I had a baby sign language book but using that was difficult because by the time I looked up a sign, the moment to use it had passed. When Alaina was ten months, we were introduced to Baby Signing Time through Babysteals.com and the great group of moms on their Facebook page. I knew this was something we must have. As soon as the DVDs arrived, we popped one in and from the first note, Alaina and I were hooked! These were exactly what we needed because we were learning signs together.

We have been signing for almost 10 months and my daughter knows over 300 signs. She even recognizes all the letters of the alphabet and numbers 1-10, written and signed, and can say them. Her little hands aren’t able to form all of the intricate letter and number signs yet, but she tries very hard and I know she will get them eventually. As I was sitting here typing this article, Alaina was on my lap and pointed to the words “Signing Time” on my screen and said out loud, “Signing Time”. I thought, “Certainly she didn’t just read that!” So, I took a piece of blank paper and wrote out the words “Signing Time” and asked her what it says. Sure enough, she pointed and said “Signing Time”. Now I can also say that she is learning to recognize words as well!

One of the greatest benefits of signing for us is that it has helped prevent and stop tantrums. Because Alaina can communicate her wants and needs, she doesn’t get as frustrated. For example, she wanted to play with a particular toy but couldn’t get to it. She got very upset and started crying and screaming for me to get the toy. I calmly walked over to her, signed “help” and told her to say and sign “help” when she needs something. She did, so I gave her the toy. A few hours later she was in the same situation – she wanted a toy she could not get to. She made one little whine and then I saw the light bulb come on. She signed and said “help” (over and over) and I helped her. Now, asking for help is the norm – not tantrums.

She also sings Signing Time songs all day long. Her current favorites are the Signing Time Theme Song and Sunny Day. A nineteen-month-old singing and signing her little heart out really puts a smile on people’s faces. Everyone we meet is so amazed with her and they can’t believe how someone so young can communicate so much!

We plan to homeschool Alaina, along with any children we have in the future, and will make sign language part of their curriculum. I hope it is something she will continue to enjoy even as she grows. I also hope that, as she gets older, this will be a window for communication with people who use ASL regularly. I don’t know how much ASL Alaina will learn or how far she’ll go with it, but Signing Time has enriched our lives more than I can say. For that, I am thankful.

Learn more about the research that supports signing with young children.

Spelling and Signing: How ASL helps with homework

Helping Your Clients To See Signing as Learning