You asked for it, you got it – and then some!

After the campaign, Rachel decided to take it to the next level. Instead of producing just ONE new episode, she produced TWO! And she insisted on releasing the videos on Blu-ray in addition to DVD and Digital. It’s her gift to YOU and the kids in your life who want to learn American Sign Language.

We are happy to announce the release of the Signing Time Sentences 1-3 Set. It teaches beginning American Sign Lanuage to kids of all ages! 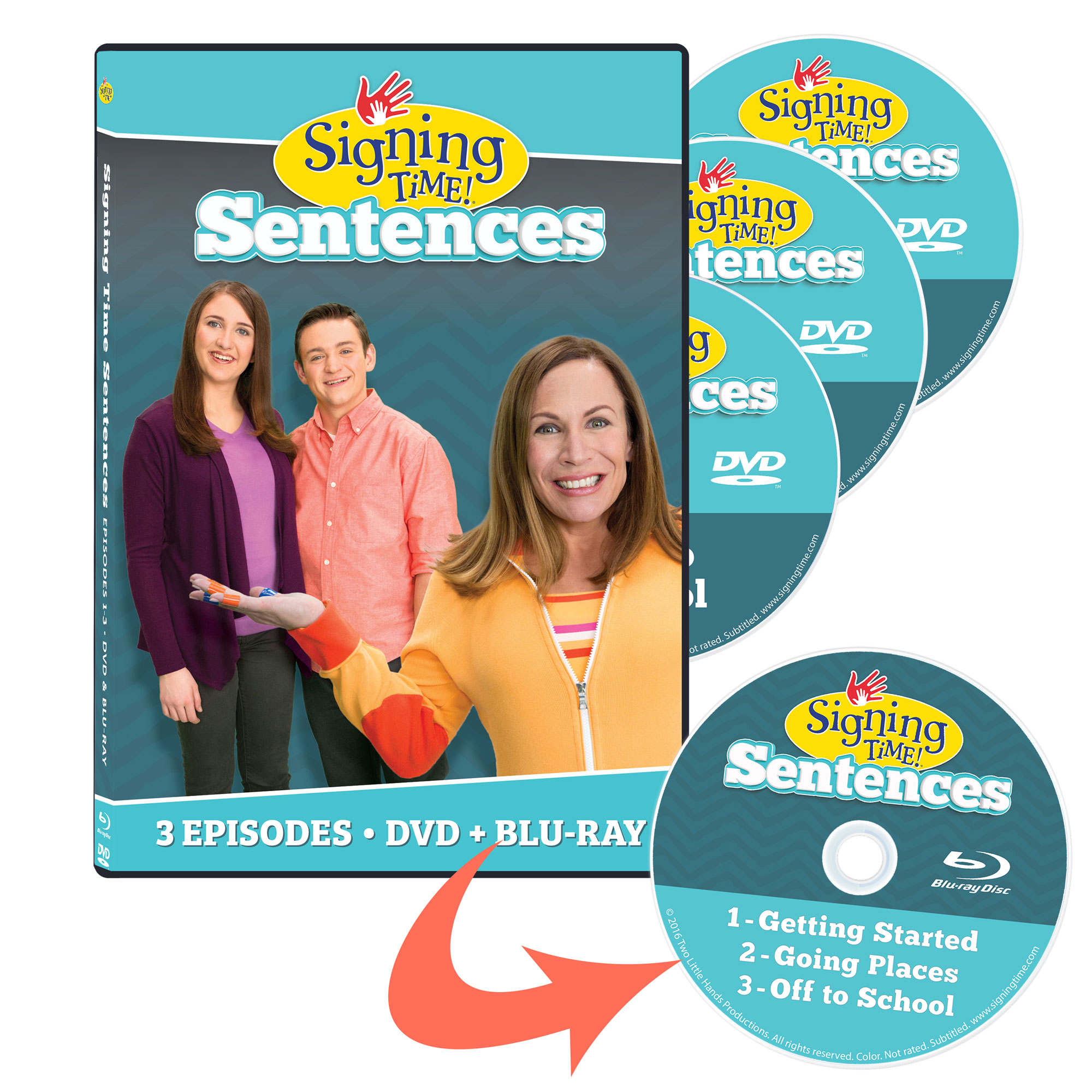 Get the DVD/Blu-ray Set Now