According to The National Center for Health Statistics there are approximately 50 million Americans that have some degree of hearing loss. About 2 million are classified as deaf. Approximately 10% of those classified as deaf were born deaf, the other 90% lost their hearing later in life. American Sign Language is the 3rd most used language in the United States. It is estimated that 500,000 deaf people are in the US and Canada. American Sign Language is increasing in popularity, spreading to other countries, such as Japan and China, where is it being used for not only early communication, but as a bridge in learning English. 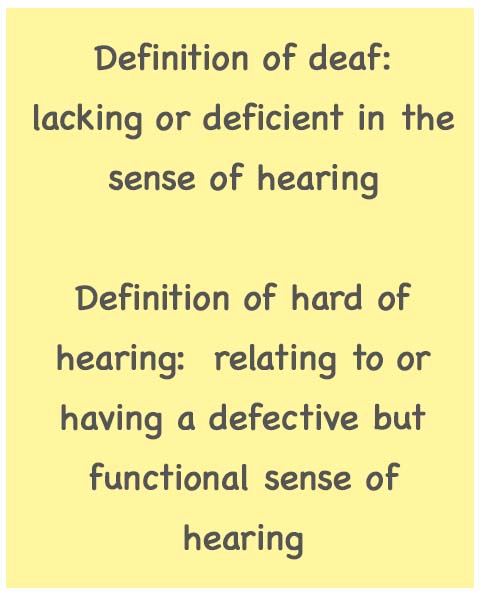 Several organizations and schools across the country will be hosting their own celebrations commemorating the 200 years of American Sign Language. The exact beginnings of ASL are not clear, but the National Institute on Deafness and Other Communication Disorders states: “….some suggest that it arose more than 200 years ago from the intermixing of local sign languages and French Sign Language (LSF, or Langue des Signes Française).Today’s ASL includes some elements of LSF plus the original local sign languages, which, over the years have melded and changed into a rich, complex, and mature language. Modern ASL and modern LSF are distinct languages and, while they still contain some similar signs, can no longer be understood by each other’s users.”

RIT Libraries states:, “Laurent Clerc and Thomas H. Gallaudet  took a boat voyage on June 18, 1816 for 52 days to help found the American School for the Deaf (ASD) in 1817. While they were on the boat, Gallaudet taught Clerc written English and Clerc taught Gallaudet French Sign Language or Langue des Signes Française(LSF). Clerc kept a diary to practice his English skills.

Clerc used LSF at ASD which influenced the development of American Sign Language (ASL). There are other influences on ASL, such as the signing Deaf and hearing community at Martha’s Vineyard who used Martha Vineyard Sign Language (MVSL). This community migrated from Weald-Kent, England in the 17th century due to economic necessity and religious freedom. The Weald-Kent area used a regional dialect of British Sign Language (BSL) called Old Kentish Sign Language (OKSL) because there were deaf members in the community due to genetic deafness. John Lothrap sailed on the Hercules ship with a congregation of two hundred members to the New World and landed in Boston in 1634 and assume they brought their sign language with them. They settled in Scituate, and then moved to Barnstable and Edgartown. Later, small groups moved to Chilmark on Martha’s Vineyard.”

While we may not know the complete origin of American Sign Language OUR origin truly started in December of 1996. Rachel Coleman and her husband, Aaron, welcomed their first daughter, Leah, into the world. At the time, Rachel was writing music and performing with her folk rock band. They would take young Leah to band practices and concerts and were amazed that she was able to sleep in spite of the loud music. When she was fourteen months old, they discovered why: Leah was profoundly deaf.

To say the least, their world turned upside down. Rachel’s priorities instantly changed. She put down her guitar and picked up sign language. She and her husband immediately started teaching American Sign Language (ASL) to Leah as fast as they could learn it. Something remarkable happened: by the time Leah was 18 months old, her baby sign language vocabulary far surpassed the spoken vocabulary of “hearing” children her same age. While Leah’s little friends could only point and whine for something they wanted, Leah could sign, “Juice, not milk” or, “Cheese and crackers, please”. Other parents took notice, including Rachel’s sister, Emilie, who started teaching sign language to her infant son, Alex, so that he would be able to communicate with Leah. Emilie was thrilled one morning when baby Alex, then only ten months old, found his own use for sign language. He stopped fussing, looked up at her, and signed “milk”.

In May of 2002 the first volume of Signing Time was completed, starring Rachel, 3-year-old Alex and 4-year-old Leah. The response was overwhelming. Word spread from mom to mom and family to family. Before long, the small community of people learning to sign with Leah grew into an expansive community of parents, educators, and health professionals using Signing Time to introduce the benefits of sign language to children everywhere. Testimonials poured in with touching stories about how Signing Time had been instrumental in dissolving communication barriers and giving a “voice” to children who previously had no way to express themselves. Everyone wanted more Signing Time. Rachel and Emilie’s company, Two Little Hands Productions, was born.

Our mission is to empower parents to communicate and connect with their deaf child through American Sign Language.  We believe that:

I am a mother of three beautiful girls. My daughter, Leah, is deaf. I created Signing Time with my sister, Emilie, to help my big extended family learn to sign with Leah. That was almost two decades ago!  I love it when parents with deaf or hard of hearing children reach out to me. I can share my story with you, and I get to hear yours. Together we are creating a new reality for our children. They CAN have it ALL! Visit MyDeafChild.org for more information.

Mabel Gardiner Hubbard became deaf from a serious case of scarlet fever when she was four years old. She was the daughter of Gardiner Greene Hubbard, the first president of the Bell Telephone Company and wife of the inventor of the telephone, Alexander Graham Bell.

First Deaf Player in the Major Leagues…William Hoy (May 23, 1862 – December 15, 1961), nicknamed “Dummy“, was an American center fielder in Major League Baseball who played for several teams from 1888 to 1902, most notably the Cincinnati Reds and two Washington, D.C., franchises.
Hoy is noted for being the most accomplished deaf player in Major League history, and is credited by some sources with causing the establishment of signals for safe and out calls. Learn more about his life: The William Hoy Story: How a Deaf Baseball Player Changed the Game

and Dummy Hoy: A Deaf Hero

Through Deaf Eyes: A Photographic History of an American Community

– Reflective, insightful, and useful, this enduring favorite successfully integrates solid scriptural research with contemporary psychological insights. All those interested in communications skills and better relationships will find it useful.

– One of the foremost authorities on the use of sign language with hearing children provides a guide for teachers and parents who want to introduce signing in hearing children’s language development.

– Breaking the Sound Barriers is an extraordinary collection of real life stories and candid interviews with families of deaf and hard of hearing children, and deaf adults as they explore their struggles and successes in navigating the world of hearing loss.